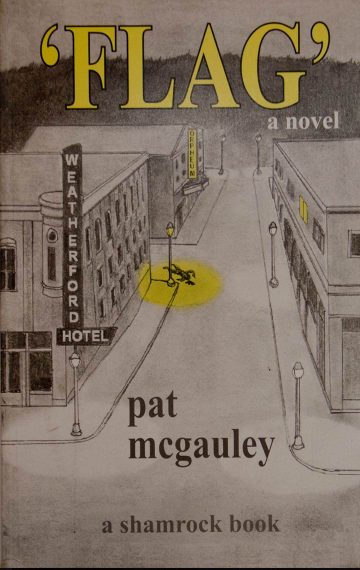 Angry and conflicted, 18-year-old Amos Moran had to run away.   Not unlike another disillusioned Hibbingite who later became Bob Dylan, Amos became obsessed with leaving northeastern Minnesota mining town to discover a new life somewhere else.  The misguided youth’s flight brought him to distant and unfamiliar Flagstaff, Arizona.

Amos expected that a few months would bring closure to the emotional upheavals spurring his desperate getaway.  He did not expect that a few hours would dramatically change his life.  On his first Friday in ‘FLAG’ he met a lovely coed named Sadie Kearne . . . hours later he witnessed a senseless murder.  ‘FLAG’ continues the Moran family saga of novels. Set in 1975, this new story is a companion of the Hibbing Hurt, McGauley’s successful 2005 novel.  A page-turner that is certain to please.

Other events will be posted on this page as they are scheduled. . … END_OF_DOCUMENT_TOKEN_TO_BE_REPLACED