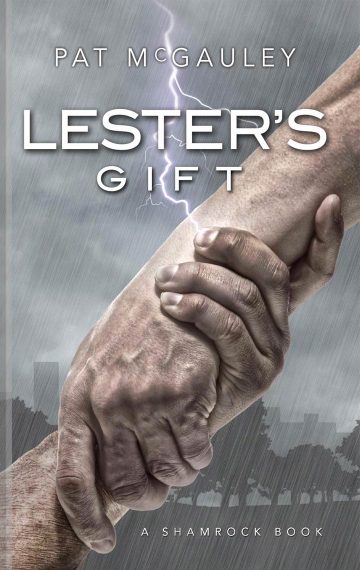 Northern Minnesota author Pat McGauley’s fourteenth novel will surprise his readers with an unexpected departure from the Moran family saga.  He departs from the Moran family saga for the first time in nearly twenty years.  The unique locations of his thriller haven’t changed, nor have many of the characters.  But the current issues facing law enforcement in Duluth, Hibbing, the greater Mesabi Iron Range have compelled  McGauley to ‘tell it like it is’ in the North Country.  Duluth  cop, Adam Trygg has monumental career decisions to make in his impassioned battle with the unabating drug academic that caused the death of a teenage girl.  Much of the story is set in Hibbing as well as in Duluth.

Lester’s Gift is both a touching story of Providence and a crime drama as well.  Every character is carefully drawn, every scene as real as the streets of communities facing the crisis of drug infiltration.   McGauley is a master of drama who pushes his readers to the edge before letting them go.

Due to COVID-19 I have no events or book signings scheduled.  Please check back for future events & book signings. … END_OF_DOCUMENT_TOKEN_TO_BE_REPLACED